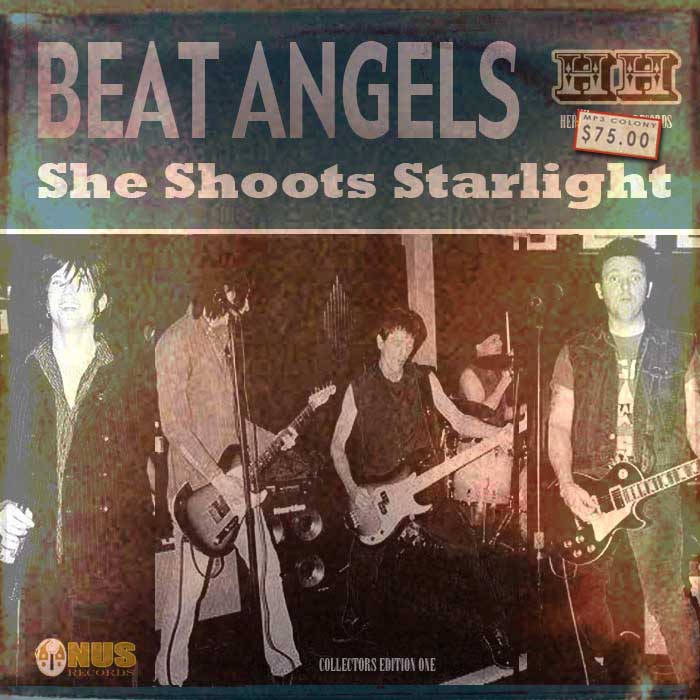 From now on, when someone asks you what the day in the middle of the week is, no longer need you say, "err, hump day." Now you can say "It's Heritage Hump Day!" That's because every Wednesday from now to the end of the year or before someone really big stops us, Heritage Hump Records (a subsidiary of Onus Records) and New Times will be bringing you a limited edition collector's item of a much beloved Phoenix band that walked the earth before the year 2000 A.D. We will honor that band with a commemorative digital single that you, the fickle public, will have only seven days to download to your computer s and smart phones before this single goes back into the vault, a new Heritage Hump subject is chosen and the cycle begins anew.

This week for a limited time only, we bring you Phoenix's punk pop poets The Beat Angels and a much coveted song from their never-released third album entitled "She Shoots Starlight."

To learn more about Beat Angels and this track, read the Up on the Sun blog in Phoenix New Times by Serene Dominic

She only does whatever it was
Her mother taught her
Scattered lines, busted rhymes
Skips across water

It goes around, around the sun
Comes on with a gun
She thinks about the girl she was in school

Dirty blonde, siren song
Could write her own ticket
She got scars on her knees
He ain’t never gonna kick it

Stars go down, dirty town
We watch the sun rise
Through strip malls and tract-house walls
There’s a sadness that’s as pure as butterflies

She shoots starlight
Through her darkness
Sparks the night
Yeah, she’s all right …

Onus Records' is "Make music not money" and that's just what we intend to do with our "SINGLE OF THE WEEKEND" which offers a brand new downloadable single every Monday and HERITAGE HUMP Daywhich offers a great slice of vintage Phoenix rock only available for 7 days. And you won't miss a thing if you follow this page and subscribe to the Onus Facebook page.
www.facebook.com/onusrecords ... more

Bandcamp Daily  your guide to the world of Bandcamp

YUNGMORPHEUS introduces his latest project, plus jams from Michael Sneed and Navy Blue